Pixar’s “Inside Out” provides an amazing look inside the mind of an 11-year-old girl. Child & Adolescent Psychiatry Training Program Director, Dr. Craigan Usher and Gabe Edwards, a fourth-year OHSU medical student planning to go into psychiatry, sat down to talk about the film.

They enjoyed “Inside Out” so much, they decided to document their conversation. We hope it sparks some thoughts for you and your family at your next movie night! 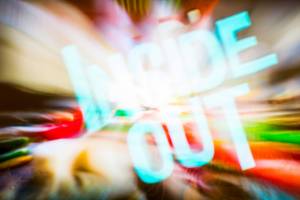 Animator Walt Disney once said that “movies can and do have tremendous influence in shaping young lives in the realm of entertainment towards the ideals and objectives of normal adulthood.” The word “entertainment” comes from the Latin word inter (between) and tenere (to hold). Many times, entertainment can be seen as simply keeping the viewer occupied – a temporary respite from life’s stresses. Yet, Disney’s quote challenges movie-makers, parents and kids to hope for something more – that instead, films could build bridges that take young people’s minds to a place that is unanticipated, rich and transformative. Pixar’s “inside Out” steps up to the challenge.

In fact, it seems to us that “Inside Out” uses bridging as a central theme, telling the story of a young girl named Riley who transitions geographically, moving from Minnesota to California, chronologically, shifting from childhood to preadolescence, and relationship-wise, with Riley’s interaction with her parents and mind growing more honest, mature and open to mixed-emotions. 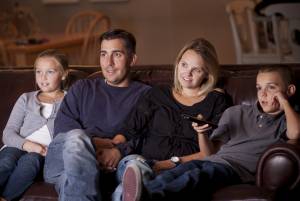 “Inside Out” is a story that mainly takes place inside Riley’s mind, and it features fictionalized parts of the brain. There are various memory systems, a great imaginary friend (from when Riley was three years old) and five main emotions: Joy, Anger, Sadness, Fear, and Disgust. These “characters” interact and develop together in a way that deepens our insight about the human psyche. Their struggles demonstrate how emotion regulation is a process of continual refinement, with the mind constantly restructuring itself. The film’s ability to do so under the guise of “just being an animated movie” is part of its genius.

One of the main themes emphasized by “Inside Out” is mentalizing. Mentalizing, also called “mind-mindedness,” is the ability to reflect upon the thoughts, feelings, and motivations of one’s self and others. When people are mentalizing, they are concerned not just with external behaviors, but with the internal world—ideas and emotions that compel others to act the way they do.

We see a great example of poor mentalizing in one scene where Riley finds herself sad after a tough first day at her new school. At the dinner table, Riley’s parents ask a few questions. What they get in return is little detail and great sarcasm. Riley’s father registers this as Riley being snarky – in fact, his own Fear character announces: “Sir, reporting high levels of sass!” So he responds to what he sees as primarily oppositional behavior by “putting his foot down.” In doing so, he fails to take to mentalize, to consider Riley’s internal struggles – her despair at having left her life in Minnesota behind. So, she stomps away from the table. It’s an opportunity lost. 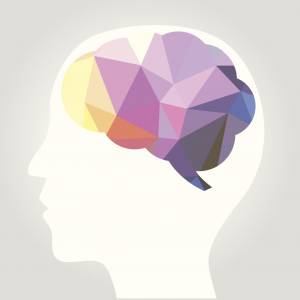 Another example of mentalizing gone awry appears when the animators turn their lens to the mind of a pre-teen boy, who is clearly attracted to Riley. The boy is simply dumbfounded, his brain repeating: “girl, girl, girl.”

The wonderful thing about this film is that it invites viewers to mentalize. It asks and answers: What might be inside the mind of someone whose life is uprooted? What happens to the machinery of the mind, to the very ability not just to experience joy, but also to draw upon memories, make new memories, and think clearly when a child becomes depressed?

An additional psychologically rich aspect of the film is how it demonstrates that each stage of development – thoughts, feelings and experiences – helps build toward the next. For example, in one scene Riley’s imaginary friend, Bing Bong, gives Riley’s emotions a boost. Sadly, this character ultimately had to be forgotten. This demonstrates how something like an imaginary friend helps provide support and a bridge. An imaginary friend allows a young child not to feel so alone or be afraid to be alone – and is then usually sacrificed once the child gains a new sense of confidence. They simply don’t need him or her or it anymore.

“Inside Out” also demonstrates to children and adults ambivalence: that more than one emotion can exist at a time. There is a scene where Riley is able to tell her parents just how much she misses her old home and friends and how sad she is. As her parents hug her tightly, we see Joy and Sadness both reach for Riley’s mental control panel – and begin working together. Rather than stalling at an antagonistic standstill, Riley’s mind seems to recognize the situation she is in as an opportunity for heartache and happiness to work together to help her move forward.

The British pediatrician and psychoanalyst Donald Winnicott once said that “a sign of health in the mind is the ability of one individual to enter imaginatively and accurately into the thoughts and feelings and hopes and fears of another person; also to allow the other person to do the same to us…”. We are so glad that filmmakers took it upon themselves to imaginatively consider the mind of Riley. We hope this film inspires children, adolescents and adults to mentalize, to consider their own minds and those of others and to support the process of growth – especially during tough times.

One response to ““Inside Out:” A mindful movie for family film night”