Twenty-five children sat on log benches high above the Bull Run River and Mount Hood, towering in the distance, turned a shade of orange and then pink as the sun began to set. But hardly anyone noticed. All eyes were on cardiac surgeon Dr. Ashok Muralidaran as he answered these young campers’ questions about their hearts.

This is Merry Heart Children’s Camp. 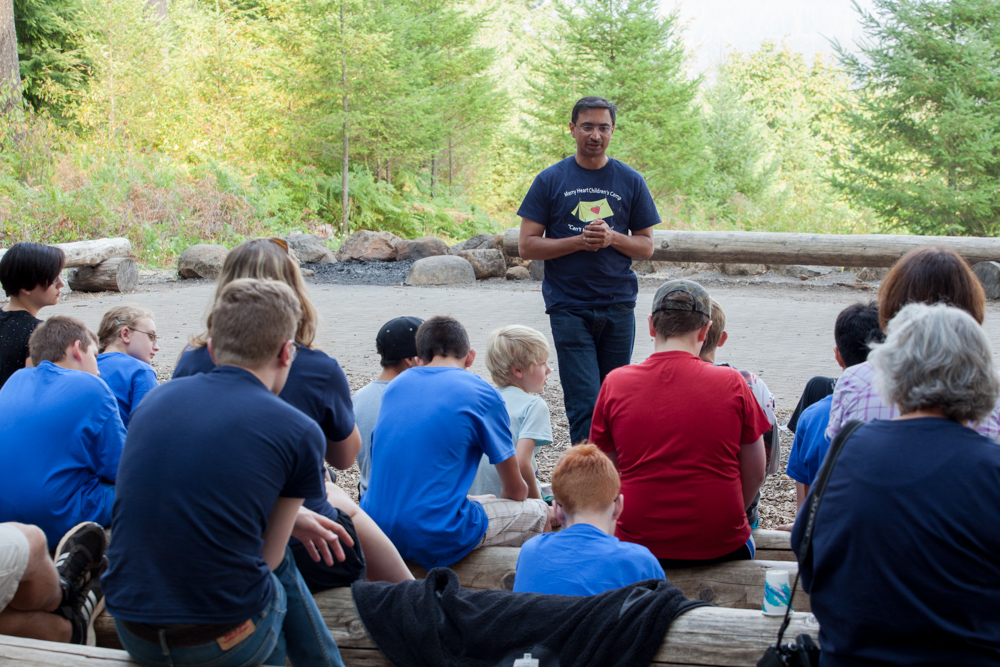 After a full career in the pediatric cardiology department at OHSU Doernbecher Children’s Hospital, Dr. Mary Jo Rice knew what she wanted to do when she retired. She knew that no Oregon camp existed to welcome the kids she’d been treating for 30 years – it was up to her to start one. And so, with the help of her husband, Rob McDonald (a recently retired pediatric cardiac sonographer at OHSU Doernbecher), a newly-formed board of directors and many volunteers, Merry Heart Children’s Camp came to be.

On day three of camp, the campers, sitting on log benches, asked the surgeon hard questions about their bodies – the “whys,” “what ifs” and “what’s next” kind of questions. Dr. Muralidaran helped them understand his answers with a mixture of humor and transparency.

After spending four days and three nights together, the campers formed friendships based not only on the similarity of their conditions and scars, but on their interests in books and sports and art.

“This is the first time I felt normal and not out of place,” said 13-year-old Ash of her time at Merry Heart.

Laurie Robinson, a world-class archer from Portland, steadied Jacob’s elbow as he drew the arrow back and prepared to release. Her peaceful voice calmed the young archer. The bow rattled slightly and the arrow sped through the air, piercing the target.

“Archery was the best,” said 13-year-old Jacob, who was born with hypoplastic left heart and has had a Fontan procedure. “I’ve been wanting to learn archery for a long time.” 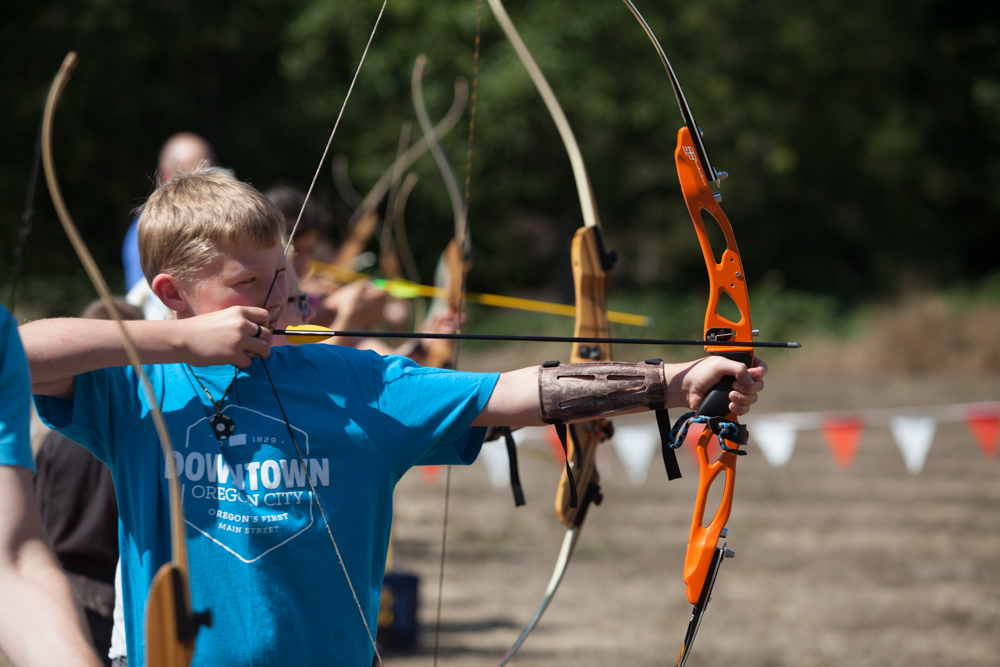 Each evening, the children gathered for movie night or singing or game night. As at any other camp, things got silly on more than one occasion. At least one of the campers was wrapped in blankets and in a deep sleep before the end of the movie – the result of a full day of activities. 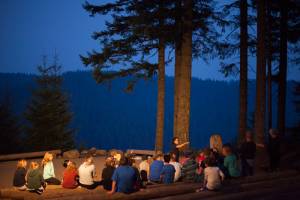 Fourteen-year-old Gabe lives with a repair of an atrioventricular septal defect and a pacemaker. He helped lead the campers in pick-up volleyball games during free time and reeled in several fish at the pond.

“Being able to attend a heart camp in my state and meeting kids closer to my home with conditions like mine was a big plus for me,” he said.

Prior to camp, many of the kids had never met another heart patient. Dr. Rice knew that these kids often lived isolated from each other and wanted to  help change that. Campers came from OHSU Doernbecher and Randall children’s hospitals. They traveled from Eugene, Pendleton, Salem, Vancouver, Scappoose and Portland to share their experiences – and make new memories together.

“The camp was the best time of my life,” wrote 9-year-old Adrian in a thank-you letter decorated with a hand drawn hearts and a photograph. “I can’t wait for next year.” 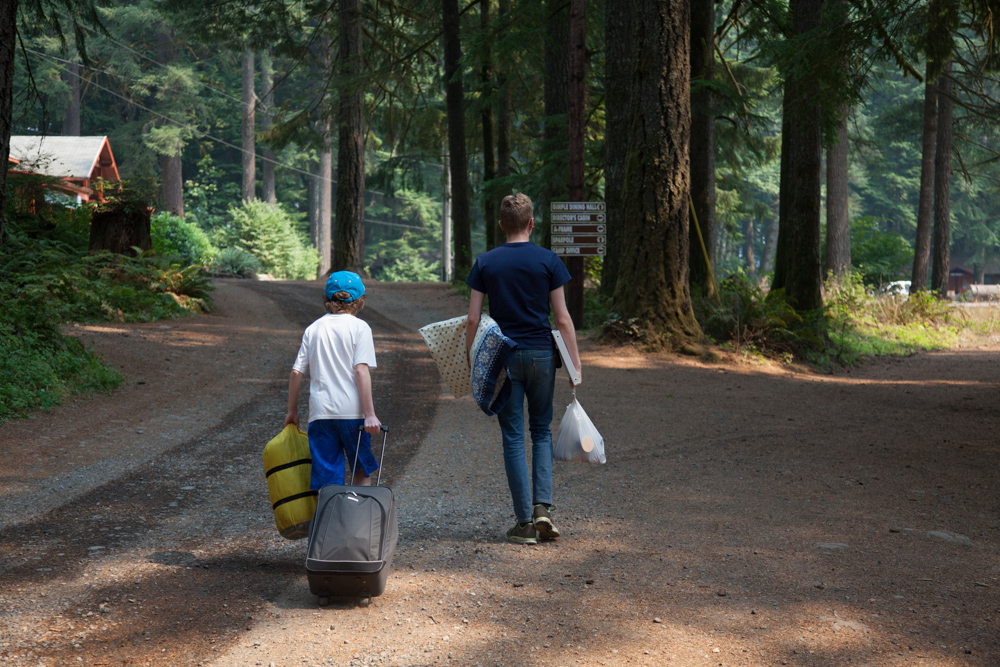