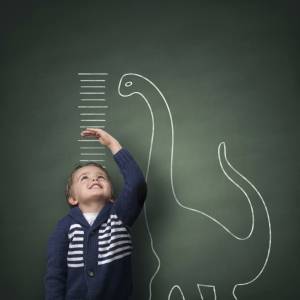 This article was written by Carin Moonin and originally appeared in the Portland Monthly 2016 Kids’ Health Annual magazine.

All kids aren’t on the same schedule – and that’s just fine.

Puberty isn’t an easy time for anyone. And if a child is small or tall for his or her age, then it can be even more difficult. But when should parents be concerned about their child’s growth spurt – or lack thereof?

If your child is short, the most common reason is genetics: Short parents usually have short kids, says Katie Woods, M.D., a pediatric endocrinologist at OHSU Doernbecher Children’s Hospital. Parents concerned about how their child is growing should talk to their pediatrician and consider seeing a specialist if their child’s height is below the third percentile on the Centers for Disease Control and Prevention growth chart, or if their child’s growth rate is slow – for example, if they had been above the 75th percentile but are now at the 25th percentile.

Doctors will first examine the child for other health issues that might be affecting height or weight gain, such as chronic illness, malnutrition, kidney disease or a gastric illness that prevents food absorption, such as celiac disease. Hypothyroidism (an underactive thyroid gland) can cause a child to gain weight but not height. Growth hormone deficiency is another condition that doesn’t usually show symptoms other than lack of growth. If tests show growth hormone deficiency, doctors will check the pituitary gland to look for an abnormality that may be affecting hormone production.

Usually, most growth disorders can be successfully treated. Hypothyroidism can be addressed with thyroid hormone supplements; growth hormone deficiency gets treated with a daily injection of growth hormone. 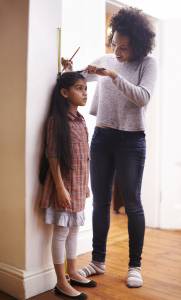 The same genetic principle goes for the onset of puberty, too: If a parent hit puberty later in adolescence, then the kids will probably have to be patient, too. The average age girls begin puberty is 10-11 years old, though the range is about 8-13. For boys, puberty starts at 11-12 years old on average, with a range of 9-14. Children grow very fast in puberty, and when puberty is late, they may be much shorter than their classmates.

“Constitutional delay, also known as ‘late bloomer’ syndrome, is common and nothing to worry about,” says Dr. Woods. “If a child has typically been at a lower percentile on the growth chart, or was underweight in childhood, they may be late bloomers. Eventually, when puberty kicks in, the child will catch up in height.

While the physical issues get addressed, parents shouldn’t forget the emotional ones. Middle school is a tough time for everyone: That’s when kids needs parental support the most, Dr. Woods says. “Make sure to promote self-esteem in the child; kids will pick on something, whether it’s height or hair color. Give the child reassurance that he or she is normal and healthy. The attitude of the parent has a huge effect on the child.”

If you have concerns about your child’s growth, talk with your pediatrician or call Doernbecher at (503) 346-0640.

Suggested reading:
The Talk: Let your kid’s questions be the guide