When adults deal with stress, fear, addiction or trauma, it can be tempting to romanticize childhood as fun-filled and carefree. But in reality, kids experience the same worry and sadness that adults do – and they often don’t have the tools or language to cope with them.

In fact, the Centers for Disease Control and Prevention (CDC) estimates that one in five children struggle with a mental illness, and 80% of those kids go undiagnosed or untreated. The good news is that by developing mental health tools and coping strategies early in life, we can help young people enjoy their childhoods and grow into happy and resilient adults.

What is mental health?

“‘Mental health’ and ‘mental illness’ are increasingly being used as if they mean the same thing, but they do not,” says Dr. Linda Schmidt, a child and adolescent psychiatrist and clinic director at OHSU Doernbecher Children’s Hospital. “In the course of a lifetime, not all people will experience a mental illness, but everyone will struggle with their mental well-being, just like we all have challenges with our physical wellbeing from time to time.”

Mental health is a broad term that affects everything from how we interact with others, handle stress and think about ourselves to how we make decisions, problem-solve and contribute to our communities.

That doesn’t mean, however, that mental illness isn’t an issue for today’s youth. When ranking the United States by the prevalence of mental illnesses and access to care, Oregon ranks 49th. One in five Oregon youth report having experienced severe depression that interfered with their lives, and rates of youth depression and anxiety have been rising nationwide.

If you’re concerned about your child’s mental health, talk to their pediatrician or contact OHSU Doernbecher Children’s Hospital at 503-346-0640.

As symptoms of mental illness manifest differently from person to person, it can be hard to assess how severely a child might be struggling. Interferences in daily life, however, are a crucial indicator that it may be time to seek support from medical professionals. Other signs to look out for include a decline in school performance, constant worry, fidgeting, persistent nightmares, frequent temper tantrums, and refusal to go to school or take part in activities they once enjoyed.

“Children do well if they can,” says Dr. Schmidt. “If they can’t, we, as caregivers, need to understand what is getting in their way so that we can help. If a parent has a concern, the earlier it’s addressed, the better. Often, the first person to talk to is a child’s pediatrician.”

While children and adults alike often face stress and worry, anxiety disorder is characterized by persistent fear or worry that does not go away. Many parents, teachers and scientific researchers report rising rates of anxiety in kids and teens, seemingly spurred by a combination of school pressures, safety concerns, social media use and other factors.

Although anxiety disorders may be chronic and all-encompassing, there are also many different types of anxiety disorders within the spectrum of the diagnosis, including panic disorders, obsessive-compulsive disorder and social anxiety. Separation anxiety, in particular, is common in very young children but becomes an issue if it continues into adolescence. A child may be terrified of being away from loved ones, even if it means avoiding school or playing with other kids. Although traumatic and stressful events and changes in environments can trigger separation anxiety, it can also be caused by their parents’ separation anxiety or overprotectiveness.

Post-Traumatic Stress Disorder (PTSD) is an anxiety disorder that develops after witnessing or experiencing a form of major trauma. It may stem from a particular incident such as a car accident, from experiencing war or physical or sexual abuse or from ongoing trauma such as parental substance abuse, neglect and emotional abuse.

PTSD symptoms in childhood can be very different from symptoms in adulthood. Children may become increasingly impulsive, distracted or aggressive. They may struggle with sleep or become developmentally regressed or delayed. Traumatized children have commonly been misdiagnosed as having ADHD when young children, in particular, are unable to inform a medical professional or parent about their trauma history. To avoid this, families can request comprehensive evaluations and offer a parent, teacher or psychiatrist to listen and discover what may be the root of their behavior. 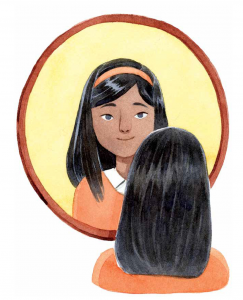 Sadness is an important emotion, and feeling down is part of typical human life. But a child with depression often feels continually sad or irritable and cares less about most things in life – including themselves. Symptoms aren’t always easily perceivable, and people who are depressed can cycle between functioning typically and experiencing periods of significant decline in mental health.

“Sometimes parents are not sure if their child is depressed,” says Dr. Schmidt. “If you suspect your child has depression, try asking them how they are feeling and if there is anything bothering them.”

There isn’t one direct cause of depression; it can be triggered by stress and trauma or seemingly nothing at all. Bullying and excessive social media use have been linked to depression, and the disorder also runs in families. The prevalence of depression also increases when children face learning differences, anxiety disorders or difficulty concentrating.

In 2013, the American Psychiatric Association added “Internet Gaming Disorder” to the Diagnostic and Statistical Manual of Mental Disorders (DSM-5) as a “condition for further study.” Dr. Craigan Usher, a pediatric psychiatrist and program director for the Child and Adolescent Psychiatry Training program at OHSU Doernbecher, explains that the diagnosis has been controversial because the diagnostic criteria is so open that opponents argue it could lead to overdiagnosis. But in practice, the criteria mirrors symptoms associated with substance abuse.

With internet gaming disorder, choosing to escape from life and enter another realm often becomes more appealing over time. What may begin as a 1-hour habit may spiral into 5 or 10 or, in severe cases, up to 20 hours per day dedicated to game play. Although the link between gaming disorder and a biological reaction like elevated dopamine levels is unclear, it’s the act of withdrawing from responsibility and pressure that most often brings people back to their screens.

Male adolescents from 12 to 20 years of age most commonly experience Internet Gaming Disorder, but Dr. Usher says people of all ages can get addicted to playing games. Symptoms include spending more time gaming than intended, the inability to stop gaming, a strong craving for gaming, and problems that affect relationships and responsibilities at home or school.

In the case of gaming disorder, treatment can and should first start within the home.

“A lot of it is learning to understand the addictive process,” says Dr. Usher. “People have to understand what their triggers are, what things sustain their habit, and then, what are the alternatives? So, for a lot of families, that mean reinvigorating spending time together in various ways, whether that’s screen-free dinners or going for a hike.”

What parents and caregivers can do to help

No matter what diagnoses a kid may or may not have, there are many ways parents and caregivers can better support their children’s mental health. Home environments should ideally feel safe and not too stressful for children, with clear routines, healthy boundaries and shared responsibilities. Modeling empathetic, intentional communication shows children they can have their voices heard and can openly share how they’re feeling. Addressing children’s basic needs like hunger, sleep, sensory stimulation and physical health can also help separate responses from “out of control” outbursts. 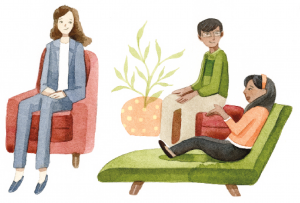 Treatment for mental illness, especially when pertaining to youth, isn’t just about the individual – it involves parents as much as possible to ensure that parents and children are learning the same skills and management plans. For example, if a child’s bipolar disorder causes them to struggle with major life transitions, parents can help them reduce the stress of a transition (say, entering high school) by sticking to structure at home and checking in on the child’s care – especially in regard to sleep, eating habits and mood.

In addition to therapy and parental guidance, OHSU provides consultations, diagnostic evaluations, family therapy and specialty treatments for mood disorders, anxiety disorders and ADHD. Treatment plans might or might not include medication to keep symptoms at bay, depending on individuals’ needs and consent. While it may feel overwhelming, scary or embarrassing to reach out to medical professionals for support in addressing further mental health concerns, it’s a crucial aspect of overall health and well-being.

Every person can play a role in destigmatizing mental illness and making it easier for others to be open about their struggles as well.

“I think the first thing we can do is to start talking about it,” says Dr. Schmidt. “Kids can and do struggle with mental health problems. Just because a child is young doesn’t mean that they can’t be affected. Educate yourself and others, be conscious of language and show compassion for those with mental illness.”

This article was written by Emilly Prado and originally appeared in the Portland Monthly 2019 Kids’ Health Annual magazine.