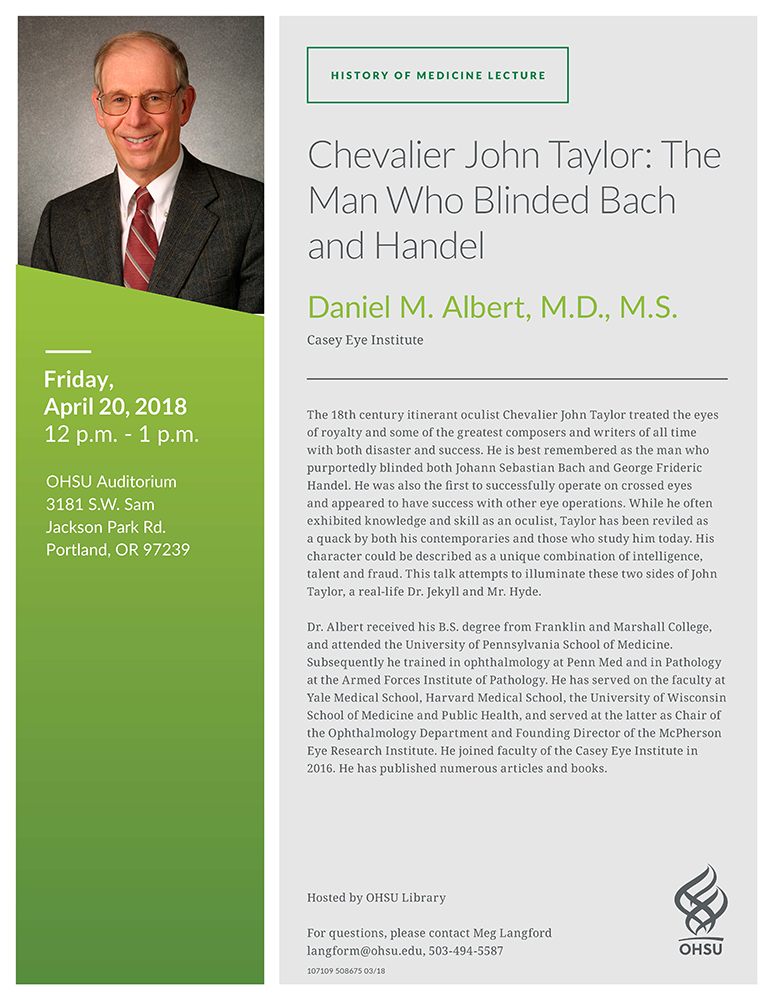 We hope you can join us for our upcoming History of Medicine lecture, with speaker Dr. Daniel M. Albert of the Casey Eye Institute. This talk is of special interest to music fans, as well as those with an interest in the history of ophthalmology, surgery, and quackery.

The 18th century itinerant oculist Chevalier John Taylor treated the eyes of royalty and some of the greatest composers and writers of all time with both disaster and success. He is best remembered as the man who purportedly blinded both Johann Sebastian Bach and George Frideric Handel. He was also the first to successfully operate on crossed eyes and appeared to have success with other eye operations. While he often exhibited knowledge and skill as an oculist, Taylor has been reviled as a quack by both his contemporaries and those who study him today. His character could be described as a unique combination of intelligence, talent and fraud. This talk attempts to illuminate these two sides of John Taylor, a real-life Dr. Jekyll and Mr. Hyde.

About the speaker: Dr. Albert received his B.S. degree from Franklin and Marshall College, and attended the University of Pennsylvania School of Medicine. Subsequently he trained in ophthalmology at Penn Med and in Pathology at the Armed Forces Institute of Pathology. He has served on the faculty at Yale Medical School, Harvard Medical School, the University of Wisconsin School of Medicine and Public Health, and served at the latter as Chair of the Ophthalmology Department and Founding Director of the McPherson Eye Research Institute. He joined faculty of the Casey Eye Institute in 2016. He has published numerous articles and books.

This event will be live streamed and recorded for later viewing:

Light refreshments will be served.

Presented by the OHSU History of Medicine Society and OHSU Library. 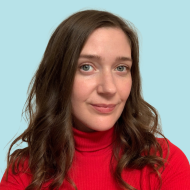