The Medical Research Foundation of Oregon has distinguished six Oregon scientists as recipients of its 2020 and 2021 Mentor, Discovery, and New Investigator awards. We are pleased to congratulate our Institute Director, Steven Shea, Ph.D., upon his selection as its 2021 Mentor Award recipient. The Mentor Award is presented to an Oregonian who has provided outstanding mentorship and leadership in the support of health research, education or the advancement of health care. Dr. Shea was nominated by Saurabh S. Thosar, Ph.D., M.S., OTR/L, Assistant Professor, Oregon Institute of Occupational Health Sciences. 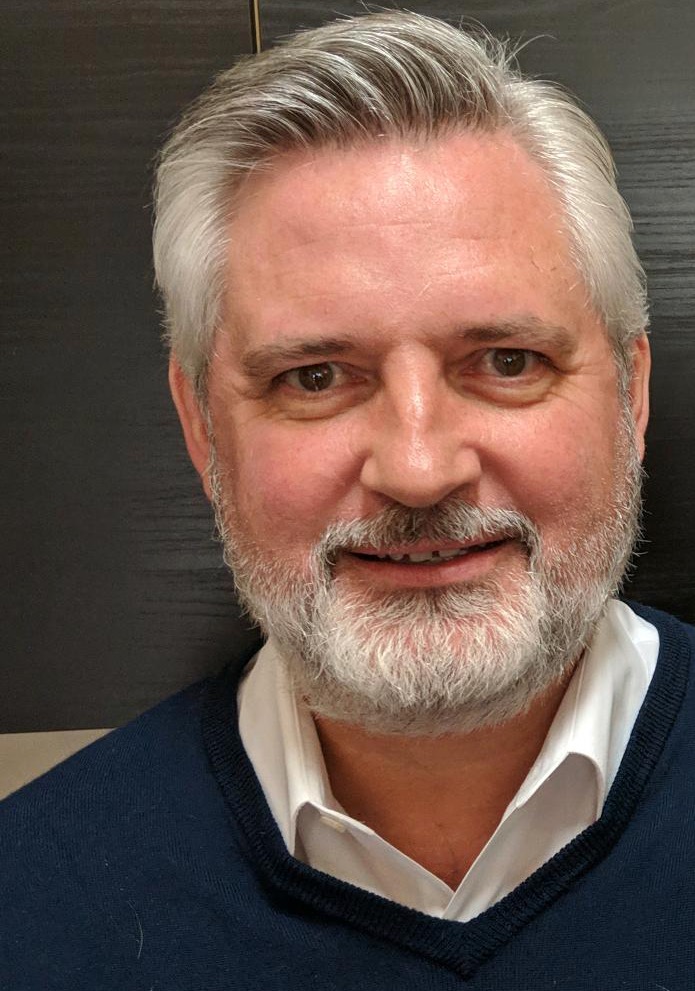 We share the following news from the Medical Resource Foundation and OHSU:

Dr. Shea is the Director of the Oregon Institute of Occupational Health Sciences and drives a federally funded research program in sleep and circadian sciences, studying cardiovascular biology in people with chronic disease— and he is a dedicated and highly accomplished mentor.

In the last two decades, he has successfully mentored more than 30 trainees. Nearly all remain in clinical research or clinical training, many have remained in sleep or circadian research, and a number have moved on to academic positions and have their own independent research funding, including two whom Dr. Shea helped to recruit as pre-doctoral fellows and who are now full professors of sleep medicine. Indeed, Dr. Shea currently serves as mentor for seven federally funded junior M.D. and Ph.D. faculty trainees across OHSU, all of whom are funded by career development awards.

Dr. Shea was recruited to OHSU from Harvard in 2012. Notably, in 2010, he was selected from among hundreds of nominees based on recommendations from former mentees to receive the A. Clifford Barger Excellence in Mentoring Award from Harvard Medical School. Dr. Shea was Associate Director of the NIH-funded Harvard Medical School Training Program in Sleep, Circadian and Respiratory Neurobiology for over 10 years. He was the original chair of the curriculum development committee and played a key role in all aspects of the development, monitoring, and management of this nationally well-regarded training program. He helped initiate, with Orfeu Buxton, Ph.D., an “individualized development plan” for postdoctoral trainees, designed to set and track realistic goals tailored to the desired career trajectory of each trainee—a program he then replicated at OHSU. Dr. Shea also leads a Research Learning Community for the BUILD EXITO program, a collaborative diversity program between OHSU and Portland State University.

Nationally, as Chair of the Research Committee of the American Academy of Sleep Medicine, Dr. Shea helped initiate, with Sairam Parthasarathy, M.D., a “Young Investigator Forum” held annually at NIH in Bethesda, to provide promising sleep researchers with mentoring advice to best prepare themselves for a successful academic career. The forum has approximately 20 trainees per year and has been running for over ten years.

Dr. Shea also provides exceptional leadership to the Oregon Institute of Occupational Health Sciences faculty and staff. Because of his leadership, he received the OHSU Faculty Senate Leadership award in 2018. During this pandemic, his empathy, accommodating nature, psychological support, and astute decision-making have been at the forefront. He has furthered OHSU’s antiracist agenda in the Institute by providing steadfast support and encouragement to the Institute’s committee of inclusion, diversity, and equity, including creating and providing part-time FTE support for two new positions to run this program.

Dr. Shea has over 30 years’ experience in performing sleep and circadian research with more than two decades as a federally funded principal investigator. Dr. Shea is one of the first investigators to use accepted circadian techniques in humans to study the role of the circadian system on disease processes. Such studies have relevance to the day/night pattern in the severity of a number of episodic disorders, such as nocturnal asthma and cardiovascular disease, as well as the adverse health effects of shift work, including obesity and hypertension. These pioneering investigations in humans have been widely accepted as seminal and have spurred on ‘reverse translational’ studies by other investigators to establish basic underlying mechanisms, often in collaboration with Dr. Shea.

In summary, Dr. Shea is not only an extraordinary mentor and a superb scientist but a genuinely genial person who makes working with him a delight. He is a generous collaborator, a respected senior researcher, and someone his colleagues love to work with, to seek advice from, and to share their thoughts with.

Dr. Shea received his B.Sc. in Human Biology at Loughborough University and his Ph.D. Physiology from the University of London, London, UK. Learn more about Dr. Shea and the Steven Shea Lab.

“I am very grateful and surprised by the nomination and the award,” said Dr. Shea. “It has been a delight to work with all my mentees over the years, and I’d like to stress that they have all helped me, for example with developing research questions and performing the science, at least as much as I have helped them. So, I am very thankful to my mentees for their collegiality, collaboration, and this nomination, and I am thankful to the MRF for the award itself.”