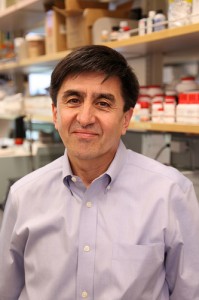 In May 2013, Dr. Mitalipov and his colleagues received significant attention after publishing a paper in Cell describing a new process for creating human embryonic stem cells from skin cells. The discovery was named a top 10 scientific breakthrough of 2013 by several international publications because of the promise it holds for treating Parkison’s disease, cardiac disease, spinal cord injuries, and other conditions.

Most recently, Dr. Mitalipov traveled to Maryland last week for a highly-publicized Food and Drug Administration hearing that reviewed the potential for moving gene therapy research into human clinical trials. Dr. Mitalipov and his team succeeded in preventing transmission of genetic defects in mitochondrial DNA in the cells of monkeys, in 2009, and in human cells in 2012. The next step, he says, is to test the procedure in humans.

Leaders at OHSU say that the new center will allow for expansion of private funding, which is critical because federal funding for human embryonic stem cell research is restricted.

“This center will give them a new foundation that will boost them to new levels of scientific discovery, and allow them to continue to lead for years to come,” said Dan Dorsa, Ph.D., senior vice president for research at OHSU.