Khaled Tolba, M.D., is an assistant professor of medical oncology, division of hematology-oncology and has been at OHSU since January. His research focuses on developmental therapeutics and early clinical trial development for lung, and head and neck cancer. In addition to helping facilitate access to the latest clinical trials, Tolba also cares for patients with these cancers, providing tailored treatments including immune therapy and molecular targeted therapies.

What brought you to OHSU?
My predecessor in this position moved to the University of Miami so that’s how I found out about the opportunity. I was very familiar with OHSU because I had been following the work of Brian Druker. My area of interest is in signal transduction in lung cancer, and there’s a lot of overlap between what people are trying to do in lung cancer today and what Dr. Druker did 20 years ago in Chronic Myeloid Leukemia. In a sense, OHSU is at the epicenter of targeted therapy, so when this opportunity came up, I didn’t hesitate to take it.

I started my career as a physician-scientist; my lab worked on tumor immunology and signal transduction. Today, I’m a full-time clinician; I see most of the head and neck and lung cancer patients at OHSU. My time is divided 50/50 between research and patient-care activities. My research focuses on early phase clinical trial development and I have a particular interest in the development of combination targeted therapy for lung cancer.

What drew you to lung cancer research?
I was attracted to lung cancer as an example of a very complex disease. When I started working in the field about 15 years ago, there were no effective treatments, no rationally thought-out therapies. It was a fairly depressing field to get into, but it was also a very complex problem that I wanted to make a contribution to. What we knew back then was sort of naïve and pedestrian compared to what we know about lung cancer today. I would say the beginning of most of the work I do now began with the introduction of the first targeted agent in lung cancer, a small molecule inhibitor of the epidermal growth factor receptor, gefetinib. This also coincided with the publication of the human genome by the Human Genome Project in 2001. The two events didn’t seem related at the time but in hindsight, the field couldn’t have moved forward the way it did building on one without the other. This sequencing technology developed for the Human Genome Project opened the door for us to sequence a tumor, understand what mutation is present, and then ask questions about that specific mutation.

Another significant development that changed the field of lung cancer research was the development of Next Generation Sequencing, or NGS, high throughput sequencing that allowed us to apply this knowledge to everyone with lung cancer. The Human Genome Project cost roughly $1 billion to sequence five or six people. So even if the cost of traditional sequencing comes down, you’re still looking at prohibitive cost associated with traditional sequencing methods. There are roughly 225,000 people diagnosed with lung cancer every year, so you’re never going to be able to apply something that expensive across the vast population with lung cancer. NGS was the great equalizer. It was sort of like Henry Ford developing the model T. Mass production allowed the middle class to purchase something that only the wealthy had been able to afford. That’s what NGS did for lung cancer patients. Lastly, the development of small molecules that can block certain signaling pathways made precision medicine a reality.

These developments were seminal because without finding the exact mutation, you can’t find the right treatment. You can’t test different hypothesis and treatment paradigms. Now, almost anyone diagnosed with lung cancer can have their tumor molecularly profiled to find their mutation driver. Then we can determine what agent can be applied to that tumor. Even though it’s not 100 percent effective- we don’t have treatment for every tumor type we identify – it really revolutionized the field. So much so that the most rapidly growing segment of lung cancer research is targeted therapy and small-molecule therapy that can inhibit signaling pathways. This is where the field is moving, and this is where my focus is in clinical research.

How does your research specifically tie in with these advancements?
My focus is on signal transduction – what makes a tumor cell behave the way it does? What makes it susceptible to certain drugs? My goal is to understand this process, a roadmap of what happens inside the tumor cell, and use that to identify targets to kill or stop cancer from growing. This type of investigation allows us to identify the “Achilles heel” of the tumor cell – what is its weakest point or pathway? Then we test different targeted therapies or specific molecules that will cripple that pathway in the tumor cells, and, for the most part, spare the rest of the body.

Until 10 or 15 years ago, the only available treatment was chemotherapy, which is a bit like killing a mosquito with a hammer and unfortunately, we were not that good at using the hammer either. If you’re lucky, you hit the mosquito but more often than not, you end up doing more damage than good. The new thinking is to use precision targeting – a new drug that attacks this vulnerable pathway in the tumor cell and spares the rest of the body.

My work is to develop new clinical trials that test this concept of targeted therapy. I have a couple of trials I’ve been working on for several years that will open here at OHSU in the near future. Both involve identifying these vulnerable pathways and testing various molecules to see if they disrupt the pathways. We are also testing different regimens for delivery of these molecules to see if there are ways to make them more effective at killing tumor cells.

For a very long time, people thought of lung cancer as a single entity and attributed it mostly to smoking. What we know now is that lung cancer is actually an umbrella term for nearly 25 different diseases or cancer types. They are different diseases that happen to share a single location – the lung. If you do a detailed sequencing of “lung cancer,” you’ll find a couple dozen different lung cancers. It’s similar to how people thought of the stars a thousand years ago – they’re all bright objects in the sky and it was only when we developed cutting edge telescopes that we were able to sort out these objects into planets, stars, and galaxies.

In order to effectively treat lung cancer we must put aside the old way of thinking and start looking at lung cancer’s subsets and apply treatments specific to those subsets. Lung cancer is the poster child for the precision medicine approach. The ability to be precise not only has bearing on the treatment for patient but also on cost. These drugs are very expensive, and using the wrong drug in the wrong patient is not only potentially fatal for the patient but also a huge waste of money. 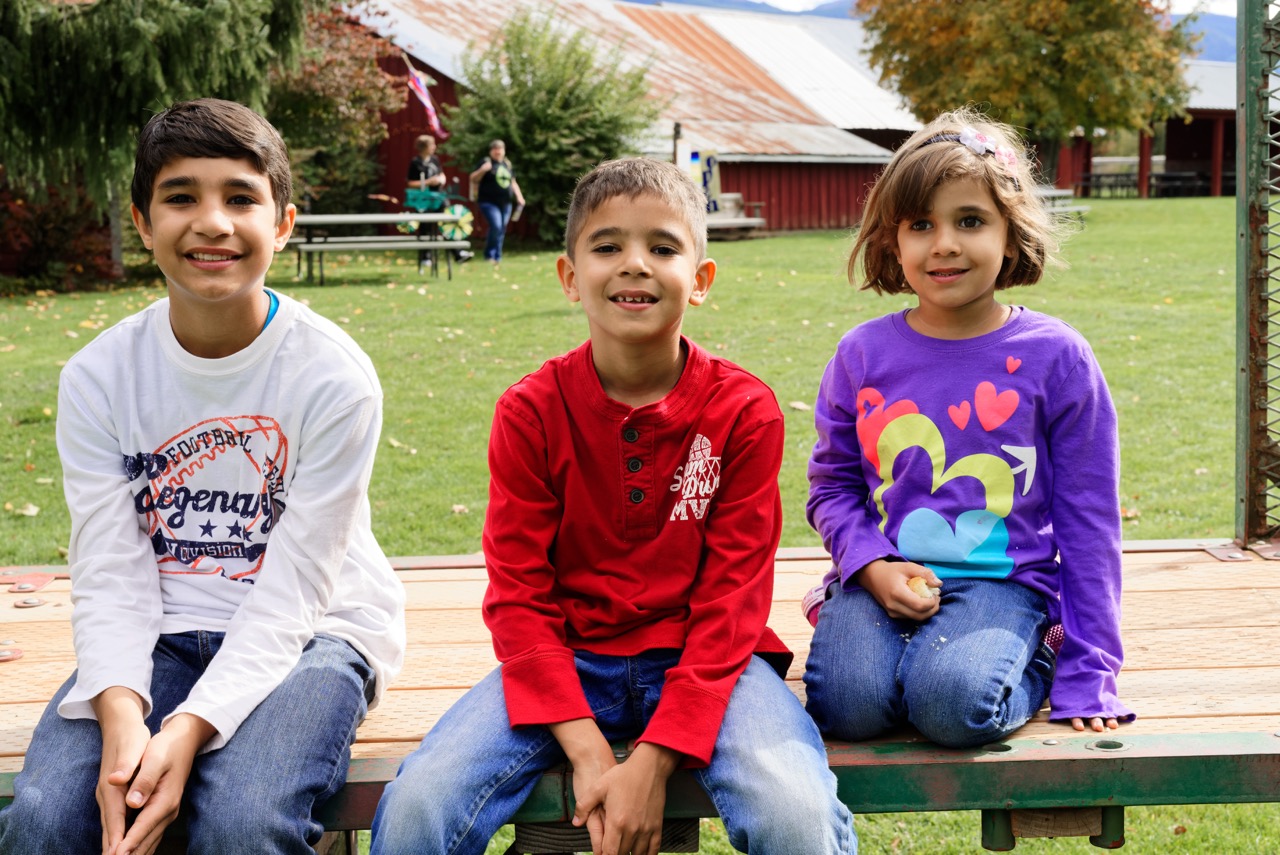 What do you like to do for fun?
I really like to cycle, and I do a lot of that on the weekends. Also, my family just joined me here in Portland this summer so I enjoy spending time with my children who are now 6, 8 and 11. They’re involved in archery. They just finished a camp where they honed their skills – skills I’m sure will come in very handy.