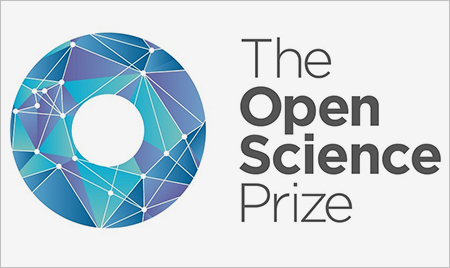 The NIH has partnered with Wellcome Trust and the Howard Hughes Medical Institute to launch a global science competition for innovative products or services that will advance “open science,” a movement to make scientific data more accessible. “Big data” generated by biomedical research is growing rapidly yet researchers’ ability to derive knowledge from that data is hindered by their ability to find, access and use it. The Open Science Prize aims to support prototyping and the development of services to overcome these hurdles and ensure data can be used to advance biomedical research discovery and innovation.

The competition consists of two phases. For the first stage, up to six teams stand to win $80,000 each to develop their ideas into a prototype or to advance an existing early stage prototype. These teams will then enter the second phase of the competition with the prototype judged to have the greatest potential to further open science receiving $230,000. The first phase of the competition is accepting applications through Feb. 29, 2016. The six winning teams will be selected based on the advice of a panel of experts  to receive the prize money to advance their ideas to prototypes, and will be required to submit their prototypes by Dec. 1, 2016. The overall winner is expected to be selected on Feb. 28, 2017.

“Research is a global, data-driven enterprise and our ability to improve health increasingly hinges on our ability to manage and make sense of the enormous amounts of data being produced by scientific research,” said NIH Director Francis S. Collins, M.D., Ph.D. “I expect the Open Science Prize to generate innovative ideas to improve data access and establish new international collaborations that will illustrate the transformative power of sharing research data.”

Because “open science” is a global movement, the prize is only open to international collaborative teams, specifically:

Learn more about the guidelines/eligibility and register your team here.