Yali Jia, Ph.D., assistant professor of ophthalmology at OHSU’s School of Medicine, has been making great strides to create breakthrough optical imaging technologies that may transform the way clinicians diagnose and care for patients. As a study investigator in Center for Ophthalmic Optics and Lasers (COOL) lab of the Casey Eye Institute, Jia has spent the last several years helping develop the split-spectrum amplitude-decorrelation angiography (SSADA) algorithm, which is most efficient within current available optical coherence tomography (OCT) angiography methods, and allows physicians to map out the ocular circulation down to capillary level.

Physicians currently use fluorescein angiography to test for abnormal vasculature or to view vessel leakage, which are the signs of severe macular degeneration and diabetic retinopathy. This method requires intravenous injection of a contrast dye into the blood vessels and uses infrared light waves to capture detailed cross-sectional images of the retina’s layers. However, dye-based angiography has its disadvantages. Fluorescein angiography produces a two-dimensional image and cannot be evaluated quantitatively. It can also cause adverse side effects, such as nausea and vomiting, in up to 25 percent of patients.

Jia and a team of inventors from the COOL lab developed SSADA to perform high-resolution and high-efficiency OCT angiography. Compared to fluorescein angiography, SSADA-based OCT angiography is faster, more accurate, safer, and less expensive. Furthermore, the SSADA invention is a non-invasive method that does not require dye-based injections. It can produce three-dimensional, ultra-high image resolution in three seconds, compared to the ten seconds image capture in fluorescein angiography. More importantly, it allows physicians to measure vascular density, ischemia area, and neovascularization in a quantitative manner, which is imperative for clinical diagnosis and management.

Jia’s work has brought further recognition to the COOL lab, the Casey Eye Institute, and OHSU as ophthalmologists around the world have expressed great interest in learning and using this new technology. Her interest in the optical imaging technology field stemmed from her early work in developing a new functional OCT while she was a biomedical engineering student at OHSU. As a postdoc, Jia began her work in developing the SSADA algorithm to help improve on the current OCT technology. After one-and-a-half years as a postdoc, Jia was promoted to a faculty member and now works alongside David Huang, M.D., Ph.D., a co-inventor of the first OCT system.

OHSU has filed patent applications for the SSADA invention and has exclusively licensed those patent rights to an OCT company. Since joining OHSU, Jia has submitted several invention disclosures to the office of Technology Transfer and Business Development. In the future, she hopes to see her inventions used widely around the world by physicians to diagnose and manage eye disease. 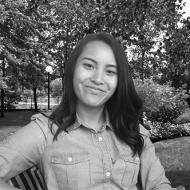