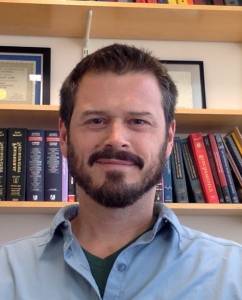 Marc Freeman, Ph.D., Howard Hughes Medical Investigator, and professor and vice chair of the Department of Neurobiology at the University of Massachusetts Medical School, will join OHSU as director of the Vollum Institute.

Dr. Freeman received his M.Phil. and his Ph.D. in biology from Yale University. He carried out his doctoral training in the laboratory of John Carlson at Yale, where he studied Drosophila olfaction. He then trained as a postdoctoral associate with Chris Q. Doe at the University of Oregon, studying embryonic neurogenesis with a particular focus on glial development and neuron-glia interactions.

He went on to start his own laboratory in the Department of Neurobiology at the University of Massachusetts Medical School in 2004, studying glia-neuron interactions in the healthy and diseased brain. Dr. Freeman was an Alfred P. Sloan Research Fellow (2005), an Early Career Scientist with the Howard Hughes Medical Institute (2009-2013), and recently received the Javits Neuroscience Investigator Award from NINDS. He is also chair of the NINDS Cell and Molecular Biology of Glia study section.

He will transition to OHSU later this year. Stay tuned for more information.