Sudarshan Anand, Ph.D., is an assistant professor in the School of Medicine’s Departments of Cell, Developmental & Cancer Biology and Radiation Medicine. He arrived at OHSU in March 2014 and is one of a team of researchers at OHSU examining factors that shape the tumor microenvironment. 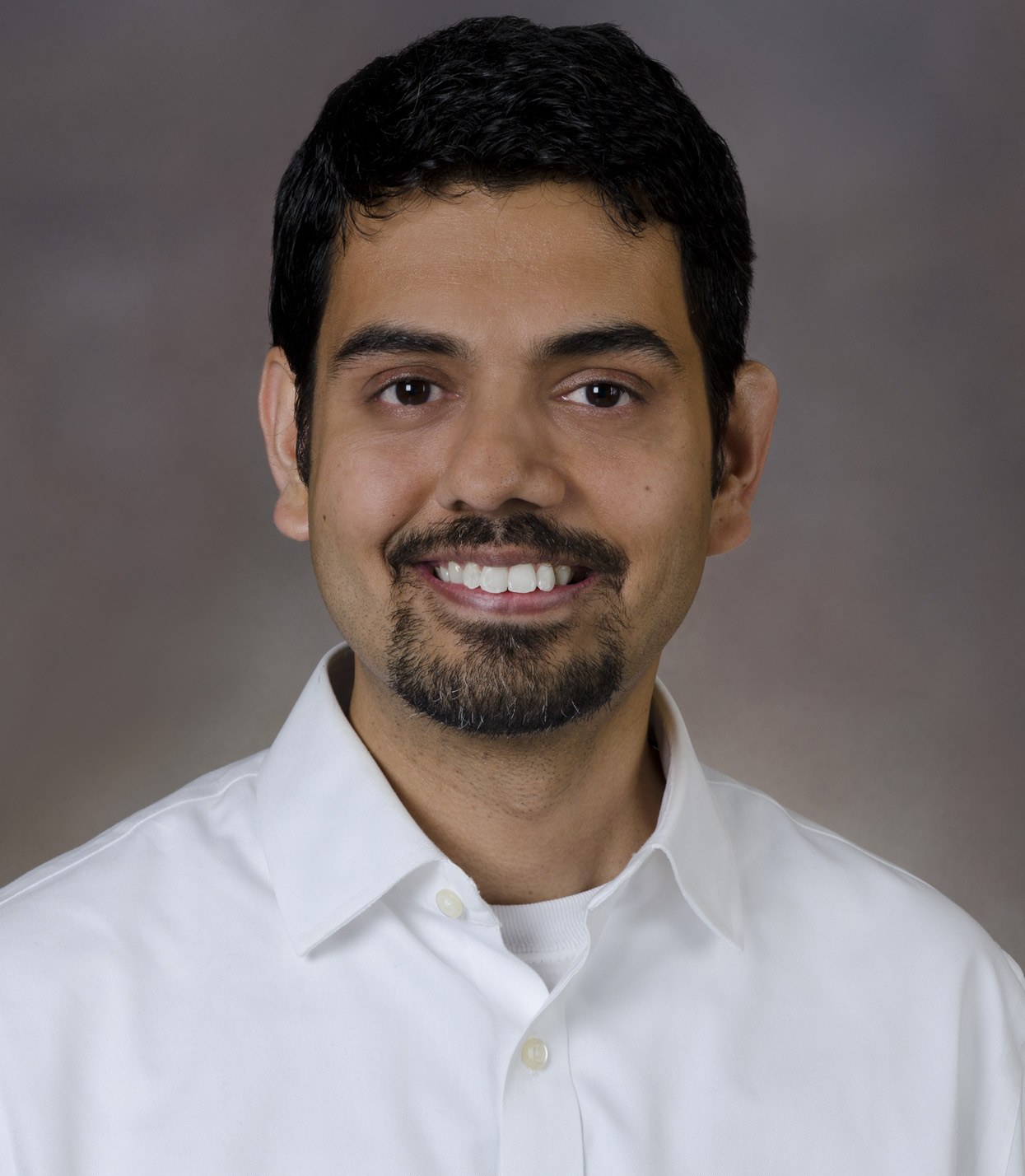 Where are you from originally and what shaped your early career?
I was born and raised in India and came to the U.S. in 2001 for graduate school. I started out the University of Maryland in cell biology but quickly realized I wanted to work in immunology, so I moved to the Mayo graduate school and worked with Dr. Lieping Chen. When I joined his lab, he had just discovered PDL1, which is involved in the immune response to tumors. When Dr. Chen moved to Johns Hopkins, I went with him. I joke that my Ph.D. degree comes with standard error bars because I did it three times! After graduate school, my mentor told me that if I wanted to do cancer research, I needed to expand beyond immunology, and I took that to heart so I completed my postdoc working with David Cheresh at UCSD who is an expert on tumor blood vessels (angiogenesis). This experience shaped my future research.

What brought you to OHSU?
When I was looking for a faculty position, I knew OHSU would be the right place to start the research program I wanted to build. My decision was based on a combination of faculty expertise and the institutional culture here. I love the vision of my chair Dr. Lisa Coussens in building a unique research hub centered on the tumor microenvironment. I also greatly appreciate the collaborative nature of OHSU. I’ve had help from a number of people in starting my lab, recruiting staff, getting clinical samples. It’s particularly unique to have access to this expertise and the amazing resources here as a junior faculty member. Also, this is a rather special moment for the Knight Cancer Center. It’s great to be participating in the process of rapid growth of an institution.

What is the current focus of your research?
The major focus of our lab is in understanding small RNAs or microRNAs in blood vessels and how they respond to DNA damaging agents such as radiation. Primarily we’re looking at blood vessel cells in cancer; they’re a unique species. In adults, blood vessel cells rarely divide because we don’t have the need to build new ones unless an area is affected by injury. But blood vessel cells in cancer, by nature of what they’re supplying, constantly divide and don’t have enough time to form properly. So these vessels are irregular and often not good at delivering blood. This creates a problem for a couple of reasons – one, you decrease the oxygen being delivered to the tumor. Under these conditions, any normal cell would starve and die but cancer cells have special adaptations that make them more aggressive in that situation. Cancer cells starved of metabolic pathways, tend to be the ones that metastasize and travel to distant targets. Two, once you have lower perfusion in the tumor, chemotherapy drugs don’t get to all the cancer cells and radiation therapy doesn’t work as effectively.

Why study microRNAs?
Generally microRNAs are small RNAs encoded in our genomes that function to decrease gene expression and protein output in cells. But many of the targets of these microRNAs are in a related pathway, so if you take away 25% of protein A, B and C, but A, B and C function in the same pathway, you have a geometric progression of effects, and the whole pathway is significantly impacted. So we have done a number of microRNA profiles of blood vessel cells (endothelial cells) and have developed 1-2 microRNA candidates that appear to have significant biological effects in mouse tumor models.

Now our goal is to a) understand these microRNAs – to find out if they play a role in response to certain therapies and b) identify if we can use some of them for diagnostic purposes. The hope is that we will be able to develop predictors, for example, in blood to know which patients will and will not respond to specific therapies. And if they’re not going to respond, we can put them on an alternative therapy and save them from side-effects of radiation exposure or specific chemotherapies. This is the focus of a project we’re doing in collaboration with Dr. V Liana Tsikitis, an associate professor of surgery here at OHSU. She has a cohort of patients with rectal and colorectal cancer. Many patients with this type of cancer receive radiation to shrink the tumor and then surgery to remove it. But roughly 30% of patients don’t respond to the radiation. If we can predict which patients will not respond from a biopsy, we may be able to avoid radiation toxicities or have them on other therapies to shrink the tumor before surgery. So we’ve done microRNA profiles on biopsies of patients who have and have not responded to chemoradiation and generated some preliminary data that suggest we’ll be able to identify meaningful signatures. We hope to eventually move this to a Phase I trial. 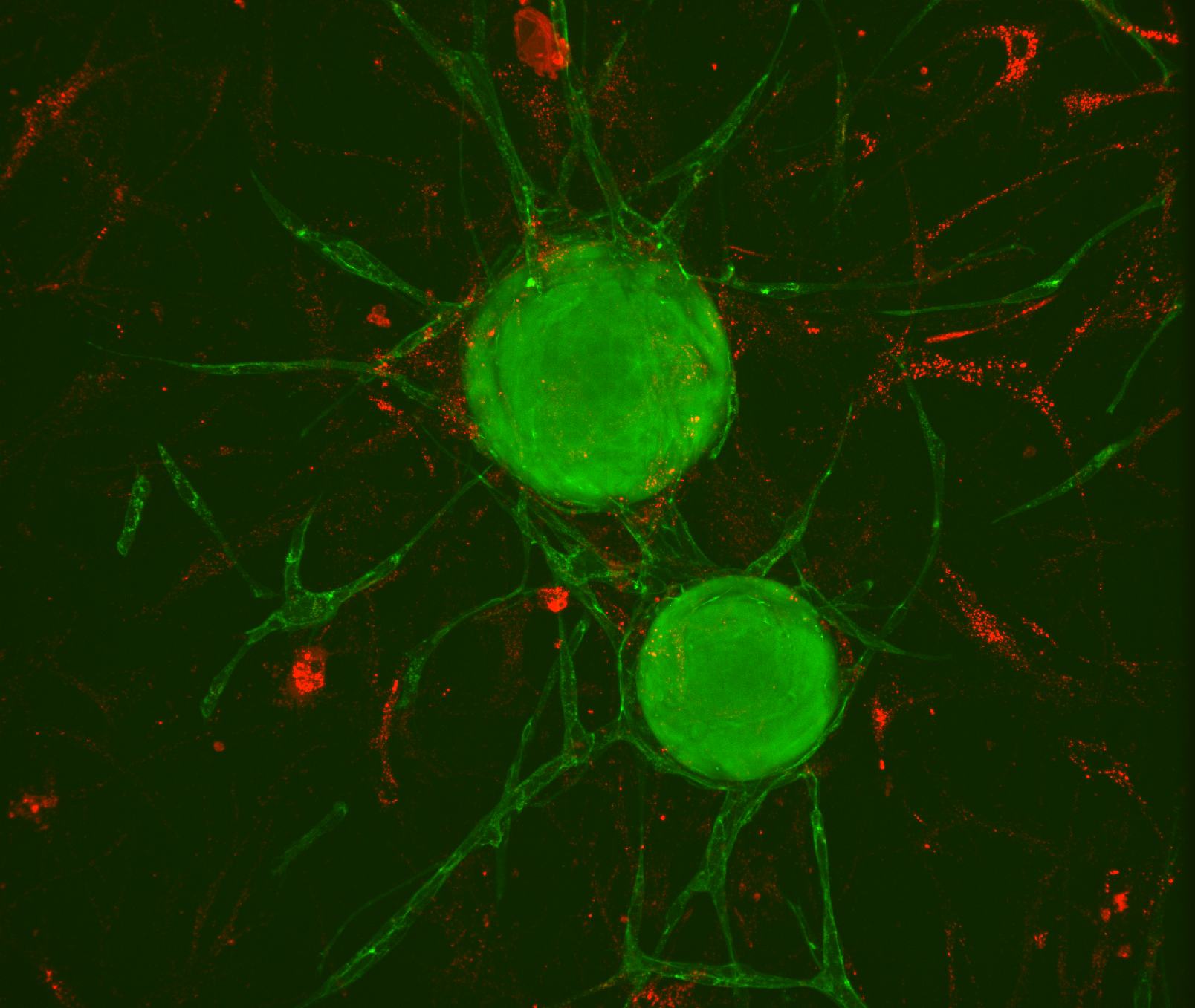 Therapeutic application is a few years away but we’re moving in the direction of manipulating the microRNAs in blood vessel cells to potentially shift the balance by either inducing more cell death or preventing blood vessel cells from dying. If we found 3 or 4 microRNAs were lower in patients who responded better to a specific treatment, can we knock it down in a cell culture in tumors where there is poor response and convert these tumor cells into better responders? There is a lot of excitement in the field right now because the first phase I trial to test the premise that you can inject microRNA agents into patients, get them into cells, and have them well tolerated and safe is already underway.

One of the more advanced projects we’re working on is examining a microRNA that targets a protein implicated in lupus, a disease characterized by a particularly strong autoimmune response against the body’s own cells. What we’re trying to do is essentially create lupus in the blood vessel cells of a tumor. This is a high-risk strategy because you want the delivery specific to the blood vessels in the cancer, not throughout the body. So, we’re working with a collaborator at MIT who has created a nanoparticle that delivers only to blood vessel cells, and this particular microRNA only works in dividing blood vessel cells. Again, since most normal blood vessel cells are not dividing at any given moment, this mitigates some toxicity concerns. But we are always on the look out to deliver RNAs precisely to different cells that are within a tumor.

If you had no constraints on resources, what research problem would you try to solve?
Without a limit on resources and technology, I believe we would tackle cancer in a different way. We would engineer cells or even nanoparticles to spy on tumors, report what’s going on at all times, and equip them with the ability to take action and kill cancer cells. It’s like designing the “James Bond” of cells. As an example of what I mean by reporting: cells could be programmed to produce a synthetic molecule when triggered by enzymes shed by cancer cells. Imagine if this molecule would show up in, say, urine or blood long before a metastasis shows up on a scan. Patients with a high risk of recurrence or relapse could have simple, at-home diagnostic tests they can use once a week, and if they see a signal, schedule a visit for follow-up. This could become a reality in a decade or so.

Tell us something about yourself that’s not on your resume
One thing that really influenced my decision to pursue a career in science was the opportunity I had to do research in a lab early on, even as a high school student. So I’m very committed to outreach and communicating the excitement of science. I have two summer interns and a high school student in the lab. In addition to teaching them to do the science, we also try to teach them how to communicate science and work in teams, understand career paths in science etc. It’s never too early to be introduced to these concepts.