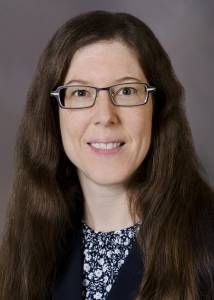 Height adjustable exam tables, scales that accommodate wheelchair users, and tactile models of the birth canal are not common equipment in OB/GYN offices. These are examples of accommodations that can improve prenatal care and the experience of pregnancy for women with specific disabilities. Often missing, too, are the knowledge and skills necessary to provide information to women with intellectual disabilities or to adjust the volume on a sonogram for women with hearing impairments.

These are increasingly important considerations, given that women with disabilities are now as likely to become pregnant as women without disabilities. Among women giving birth, the proportion with disabilities more than doubled between 2000 and 2010, according to data from California. However, there continue to be major gaps in knowledge on maternal health and pregnancy outcomes for these women—particularly within disability subgroups. New findings make clear that more attention to this population is needed in order to develop better care practices that may impact maternal and perinatal outcomes.

In the July 2017 Disability and Health Journal, a team led by Willi Horner-Johnson, Ph.D., published two first-of-their-kind studies: an analysis of live birth, miscarriage, and abortion in a national sample of women with and without disabilities, and a time-trend analysis of births and cesarean deliveries for women with physical, sensory, or intellectual disabilities. These studies are part of a larger pregnancy and disability project led by Horner-Johnson, an associate professor in the collaborative OHSU-PSU School of Public Health and in OHSU’s Institute on Development and Disability.

These studies are some of the first to examine more than one type of disability. Horner-Johnson’s research underscores that understanding the heterogeneity across disability subgroups is important to addressing the distinct needs of women with particular types of disability—and to guiding clinical practice.

Research reported in these publications was supported by the Eunice Kennedy Shriver National Institute of Child Health & Human Development of the National Institutes of Health under award #R21HD081309 (Horner-Johnson, PI). Support for Horner-Johnson’s time was provided by grant #K12HS022981 from the Agency for Healthcare Research and Quality (Guise, PI).