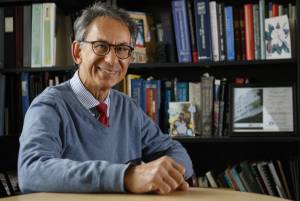 Premature infants are at risk for a range of life-long cognitive and learning disabilities – disabilities that for years have been attributed to impaired blood flow to the brain. A new study published in the Journal of Neuroscience challenges more than a decade of scientific study and this clinical understanding of brain development in preterm children.

OHSU Doernbecher Children’s Hospital researchers led by Stephen Back, M.D., Ph.D., found that, while limited blood flow may contribute to delayed brain maturation, major disturbances are actually caused by low oxygen. In response to low-oxygen states as short as 25 minutes, subplate neurons in sheep showed major long-term disturbances. These disturbances were apparent just one month following exposure, according to Back, Clyde and Elda Munson Professor of Pediatric Research and Pediatrics, OHSU School of Medicine.

These findings have important clinical implications. The brains of preterm babies commonly sustain blood flow and oxygenation disturbances. Determining when and what concentrations of oxygen are necessary for early intervention may guide the reevaluation of current practices in intensive care settings.

Read more about the study at OHSU News.