A repeal would jeopardize Community Health Centers and underserved patients

It’s been a decade since President Obama signed the Affordable Care Act (ACA) into law. From its inception, the ACA has been under threat of repeal.

“Increased access to health insurance due to the ACA will likely enable needed care for patients with COVID-19.”
—Heather Angier, Ph.D., MPH

But according to a recent article in the Journal of General Internal Medicine, the ACA’s Medicaid expansion significantly helped community health centers (CHCs) and their underserved patients. The expansion has:

A team of OHSU Family Medicine researchers, led by Alyssa Shell Tilhou, M.D., Ph.D., describe findings from research comparing CHCs in states that implemented Medicaid expansion and states that did not. Improvements were significantly greater in expansion state CHCs, with a 60% increase in insured visits and a 41% surge in preventive visits.

They also found that expansion state CHCs saw a large increase in disease diagnoses, likely due to pre-ACA barriers to care resulting in underdiagnosis of pre-existing conditions.

Finally, the ACA Medicaid expansion helped reduce – but did not eliminate – healthcare disparities. Additional efforts are needed to improve access across racial and ethnic groups, and the ACA is part of that effort.

“These results carry important implications for the primary care safety net,” says co-author Heather Angier, Ph.D., M.P.H. “Even within the CHC system, which is designed to care for patients regardless of their insurance coverage, Medicaid expansion increased access, preventive care receipt, and revealed new diagnoses of chronic physical and mental health conditions.”

“Repeal of the ACA Medicaid expansion would significantly jeopardize health insurance coverage, health care access, and the health of more than 28 million patients seen in CHCs.” 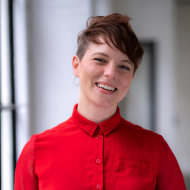 Amber writes sentences, often forming them into paragraphs like you see here.