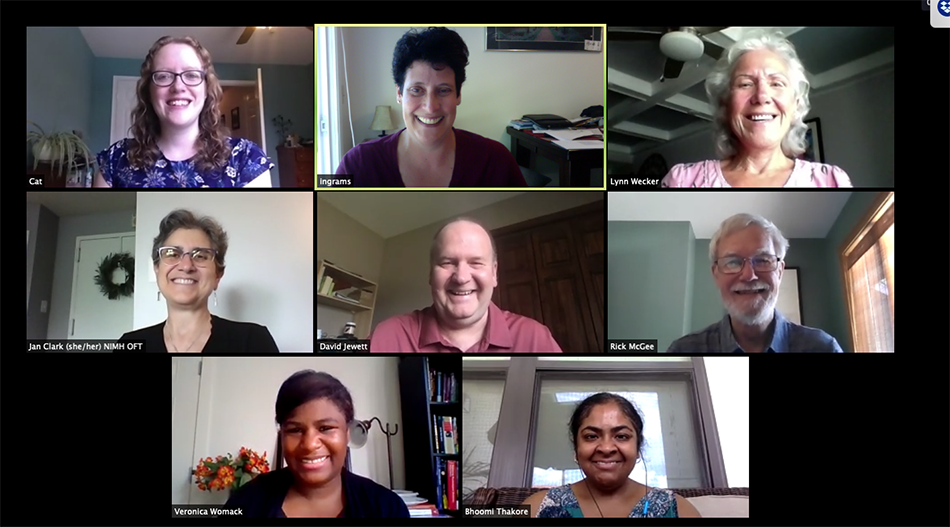 The paper “The ASPET Mentoring Network: Enhancing Diversity and Inclusion through Career Coaching Groups within a Scientific Society” published in Life Sciences Education is the School of Medicine’s Paper of the Month.

What did you hope to learn by doing this work?

This paper reports on a 3-year study examining the utility of Career Coaching Groups within the American Society for Pharmacology and Experimental Therapeutics (ASPET) to enhance STEM training. The ASPET Mentoring Network was born from an ASPET Big Idea Initiative to develop a mentoring program to support young scientists within the society, especially scientists from underrepresented racial and ethnic groups. Dr. Lynn Wecker (University of South Florida) literally bumped into a former colleague, Dr. Rick McGee (Northwestern University), at a conference, they started talking, and from it the network concept emerged, which highlights the importance of networking. Many of the elements of the network came from NIH-funded research led by Dr. McGee, together with Dr. Veronica Womack (Northwestern University) and Dr. Bhoomi Thakore (University of Central Florida), of a group coaching model in STEM training called The Academy for Future Science Faculty. The Academy was a novel coaching intervention for biomedical Ph.D. students designed to address limitations in previous efforts to promote faculty diversity. The academy was intentionally racially and gender diverse and provided supplementary social support for Ph.D. students. This chance meeting by Drs. Wecker and McGee led to an idea to adapt the concept of career coaching groups to the context of scientific societies. The goal was to promote effective, evidence-based mentoring, with professional development and the diverse needs of students as the focus.

Dr. Ingram (OHSU) was the ASPET Mentoring and Career Development Committee (MCD) Chair in 2016 and helped Drs. Wecker, McGee and Womack develop the program, along with Catherine Fry (ASPET Director of Education) and ASPET staff. Dr. Ingram, Dr. David Jewett (University of Wisconsin-Eau Claire) and Dr. Jan Clark (National Institute of Mental Health and current Chair of ASPET MCD committee), along with 10 other ASPET members, have served as coaches in the program. The program was specifically designed to yield a demographically-balanced group in terms of gender and racial/ethnic backgrounds and the training included activities that engaged young scientists to get to know each other and understand each other’s cultural backgrounds and identities better while working on aspects of career development. After meeting in person at the ASPET Annual Meeting at Experimental Biology, each group of 4 graduate students, 2 postdoctoral fellows and their coach continued meeting approximately monthly for the following year, tailoring their conversations to the needs and interests of the group.

What did you actually learn?

Extensive evaluation data presented in the paper provide further support for the use of Career Coaching Groups as observed in the academy with some unexpected differences. Across the nearly 120 participants in 6-person coaching groups over 4 years, overall, both mentees and coaches were extremely satisfied with their experiences, reporting that they got a lot out of the program beyond the more typical scientific connections. The connections created between participants and coaches that otherwise never would have been made in a number of instances had profound positive influences on the professional opportunities for participants. Participants reported acquiring new insights into racial and other differences that impact the experiences of those from underrepresented groups. While we selected for diversity based on racial/ethnic background and gender, diversity appeared within our groups that was not selected for (religious diversity, diversity in sexual orientation) but was embraced within our groups. Participants reported that the experience helped them acquire a new understanding of differential experiences.

Several important takeaways from our study are that: 1) One day of in-person activities, using a culturally-aware mentoring perspective, yields long-term effects, 2) Getting people to share aspects of themselves and their identity, outside of their identity as a scientist, is a powerful way to connect and bond and create a sense of community and respect for each other, 3) Learning and discussing how historical events and social psychological factors (e.g., unconscious bias, microaggressions) inform the disproportionate number of individuals from U.S. minority communities in science, yields introspection and a sense of responsibility to disrupt systemic racism in scientific settings, and 4) This network improved the connection of the participants to ASPET and with each other, indicating that connections with others created in the network are sustained.

What do these findings mean for the future?

The ASPET Mentoring Network is strongly supported within the society and is currently being adapted to the virtual format given the current environment. We think this model could be easily adapted within institutions to provide needed support for underrepresented trainees and faculty. Even one day of training, within a safe and supportive group dynamic, can make substantial impacts on understandings about race and privilege and create meaningful conversations. Some of the activities that we find were central to initiating bonding within each cohort, e.g., The Culture Box, can have great utility in other contexts too. This evidence-based approach has shown that Career Coaching Groups are a successful actionable strategy to promote professional development and address racial inequities.

“Like many of my colleagues right now, I am struggling with how we, as faculty, can best support and train the next generation of scientists, particularly those from underrepresented groups,” said Mary Heinricher, Ph.D., associate dean of research, OHSU School of Medicine. “I found a number of aspects of this project intriguing. It grew from work by many colleagues across multiple institutions coming together through their scientific society.  The emphasis on culturally aware mentorship, and the early success that this group has documented in bringing together both trainees and mentors from a range of backgrounds was encouraging.  And finally, as a scientist, I couldn’t help but be impressed by the authors’ focus on assessing the success of their program and emphasis on evidenced-based interventions. I am proud to see OHSU faculty and many others contributing to this effort.”