There I was, standing in an office in a major city in a foreign country and all around me chaos was ensuing. There had just been a military coup, and it was no longer safe to be a foreigner in a land that was undergoing drastic change. I was there as one of the leading members of a Non-Governmental Organization (NGO), and active supervisor of a group of foreign employees/volunteers. Our NGO provides health care in needy areas, and with this coup, the need of the native people has never been greater. My group of workers, however, are in danger…coups are hardly the ideal environment for foreign aid workers to mobilize. Any activity we engage in will be looked upon with an eye of suspicion by the new ruling political elite, and I can no longer ensure the safety of my fellow workers. The clock is ticking, people await my decision. I’ve hardly been more nervous.

I walk into a room, and I’m handed a piece of paper. The paper has a 10 x 10 grid of black dots with straight lines connecting an array of these dots to form…a swan. My thought process is as follows: “This is a pretty cool swan, wait…I have never been known for my artistic skills. I could never have made this on my own. They want me to tell someone how to draw this? That’s like telling Michael Jordan to take up baseball…oh wait. OK, it’s like Dunder Mifflin asking Michael Scott to interview for a corporate position, right? It would never happen…oh they did? What were they thinking, he’s Michael Freaking Scott! Fine, whatever, it’s not like he got the job anyway. This swan is still here…and if I did draw it, I guess I would’ve started at this point…”

Our healthcare system is broken, as a primary care doc I’m faced with dealing with an overbooked practice without enough time to address the needs of all of my patients. On top of that, the compensation I’m receiving from the work I’m putting in is hardly ‘fair’. Now I’m being questioned by the powers-that-be about how I’m going to fix my practice’s problems. As has been pointed out, my practice is but a microcosm of the perplexities that a great number of health care providers face. Do I compromise patient care? Or should I be more selective about the patients I accept into my practice so that I can maximize revenue? What about political activism to change the way health care is regulated by the government? Sometimes, there are not clear cut answers…and the line between right and wrong is a bit too blurry.

Was this a dream? No. Was it reality? Sort of. Back to the Future 4? I wish I had a DeLorean.

These scenarios abstractly reflect my experiences interviewing for a medical school in California back in 2008. Instead of the traditional one-on-one interviews that were being utilized by nearly all medical schools in the US, this school had chose to use the “Multiple Mini Interview” process (MMI for short). Was it as scary as I made it out to seem? Yes and No. The preparation we were given for this interview process was a journal article detailing how the MMI provided a more valid and objective assessment of medical school applicants based off of the data gathered by McMaster University in Canada. It appears that schools in Canada have been utilizing MMI for quite some time. The article hardly did anything to prepare me for the experience of the MMI. But the experience was really fun and appropriately challenging. I think understanding a would-be medical student’s thought process, moral and ethical values, and composure under pressure are all important points to consider in the evaluation process. After all, these will be future physicians who will face a multitude of real-life situations in which these aforementioned processes will be called upon.

As I alluded to in an earlier blog post, physicians must have high moral fiber if we are to live up to the trust we are given by our patients, and society as a whole. This trust has been engrained into the collective psyche to the point that we are given it without having necessarily earned it. Thus, it always makes for tantalizing news when a doctor commits a crime that people would never have thought a physician was capable of committing.

The MMI is but one way that medical schools can evaluate applicants in a more objective manner, and perhaps obtain a better understanding of a person that may potentially be entrusted with the lives of other individuals.

This year, for the first time, OHSU will be employing the MMI in its interview of prospective medical students for the following academic year. As nerve-wrecking as the process is for applicants, I think it is a great decision and one that will be for the benefit of OHSU, the field of Medicine, and the public-at-large. 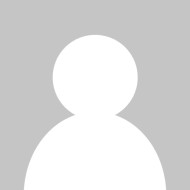