This last term I had the pleasure of doing my clinicals at the State Hospital and working with clients who have mental illnesses. Let me tell you, it was quite the experience for me in many ways and I learned more about mental illness in those three weeks than I had ever known in my entire 30 years of life so far.

I’ll be the first to admit that initially, I was more than a little apprehensive about going there, partly from what I had heard about it from others, as well as from what I had seen from One Flew Over the Cuckoo’s Nest. Yet, once I arrived there and actually met the clients, I became more knowledgeable about what mental illness really is, and I wasn’t so scared anymore. Instead, I first became greatly saddened as I heard their stories, their struggles and saw how much their mental illness had negatively impacted their lives. The most unforgettable part of that experience was when I learned about many of the clients there. Many were well-educated with college degrees and seemingly perfect lives, they had every advantage and everything going for them before the onset of mental illness began and took all of that away.

We had always been told from the beginning of the clinical rotation that mental illness does not discriminate and that any one of us could be clients here someday. That is definitely not the kind of news that you, as a fresh and ardent student with a passion for nursing and a strong commitment to healing your patients, want to hear because it implies that we are powerless. To say that mental illness can strike anyone without warning and that there is nothing that you can proactively do to prevent it or eradicate it leaves us standing there in our green scrubs with our eager hands tied and our hearts heavy. Because that means we can’t fix it.

Mental illness is very unlike any other disease out there. It is not like fixing a broken leg or curing a severe infection or trauma wounds that heal after so many weeks of treatment after which you see your patient leave the hospital healthy again. Psychiatric conditions strike much deeper than any physical disease or wound ever could and the worst part about it is that you can’t always perfectly assess or see what kind of struggle is going on inside someone’s mind. It would be nice to think that mental illness can be easily detected by someone’s outward demeanor or by erratic behavior that they display, but this is not always the case. Sometimes the one suffering the most from a mental disease or severe depression is the one you meet who is always smiling and putting on a brave face just so they won’t cry or its the neighbor you always perceive as living an ideal life with their lucrative career and happy family but who is suffering a constant inward battle that no one sees and few understand.

Being at the State Hospital humbled me a great deal, but it also taught me valuable lessons on what it really means to be a nurse in the first place and how that impacts the specialty that I want to work in. Something that I have come to understand this past year is that I still love the NICU, but I’m definitely strongly attracted to pediatrics, especially pediatric oncology. My ultimate goal is to continue my education further and become a pediatric nurse practitioner, so if all goes according to plan and I end up working in a PEDS oncology unit, seeing death and feeling helpless is going to be a very familiar feeling for me. Just like with mental illness I will often feel powerless to the cancer that is eating away at my little patient’s life, but what I can do is use my education, training and compassion to its fullest extent and at least give that little one the happiest and most comfortable last days of his or her life.

This clinical has shown me that I can’t always cure, but I can always care, and to be honest, that is what nursing is all about. How strange that my rotation here at an adult mental institution has strongly reinforced my attraction to and love for working with critically ill children. I have really grown to appreciate the clients that I worked with and met at the state hospital because they keep working towards their goals in life no matter how hard the fight is. They don’t let their mental illness make them feel powerless, so neither should I as a future medical professional. I was truly amazed at their courage in the face of so much struggle and that courage inspired me to not be so intimidated by diseases or conditions that are out of my control. Mostly, they have shown me that sometimes the most valuable thing you can do for your client is to just be a comforting and encouraging presence walking alongside them as they battle an illness unseen, and rooting for them every step of the way. 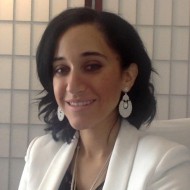 I was homeschooled in middle and high school, so initially, college life was something that was far different from what I was used to. I was always the girl who disliked math and never understood science, so it's amazing how I'm here today. As I began to pursue my passion and started my pre-requisites at Chemeketa, I wasn't so scared of math anymore and I grew to love science (admittedly, I totally nerded out in my micro and A&P classes;). I was also a volunteer with a local hospice company, which has been a huge blessing for me and has enabled me to be with patients during their passing from this life. As for my future specialty, I have recently come to understand that my real niche lies not in the NICU as I once thought, but in pediatric oncology. Through various clinical and volunteer experiences, I know now that working with critically ill children suffering from cancer is where my passion is. These kids are some of the strongest people you will ever meet in your life, and I honestly can't wait to spend the rest of my career in the honor of caring for them and their families.

2 responses to “My Experience at the State Hospital”